Si Nos Organizamos is a snapshot of where the Buenos Aires ‘Under’ stood in 2016. Shaped by disaster, economic pressure and political dysfunction, the scene is characterised by its headstrong determination, creative ingenuity and willingness to organise to build the grassroots creative infrastructure that defines the scene.​ 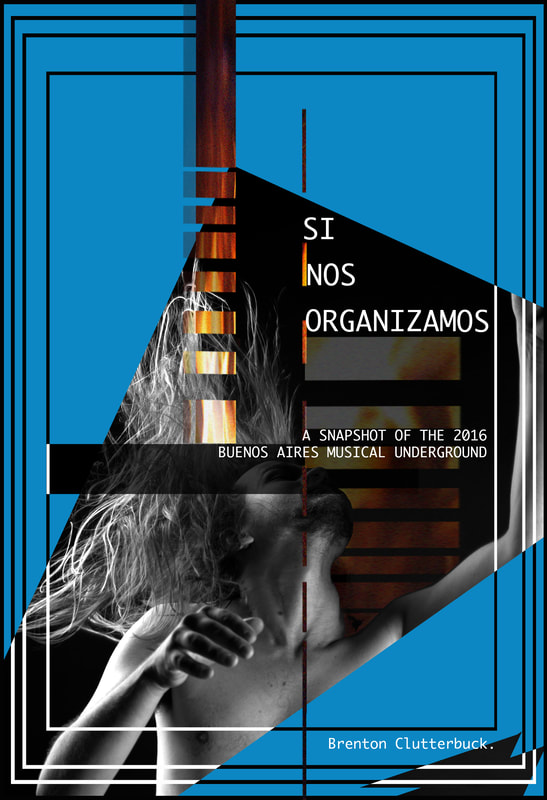 Si Nos Organizamos is a work in progress. You can see the website HERE.

Omar Chaban sits on a bed, a pair of orange crocs on his feet. His usually sharp, accentuated features are softened by the dense white fuzz of a thick close-cut beard. His eyes are wrapped in layers of stress, and he wears an unstylish red and yellow jumper, with three quarter jeans. He looks unwell. He is dying.

By the time this image makes it to magazine stands on the cover of the Argentine December 2013 edition of Rolling Stone Magazine, Chaban is dead from Hodgkin lymphoma. Chaban and the infinite nightmare of Cromañón, reads the headline.

In the 80s, Chaban cut a much different figure. His brown untamed hair defied gravity, and his eyes were framed by thick yellow glasses, perched atop his distinctive nose. Videos of him in this period show him animated, passionate. He speaks as much with his hands as with his mouth, sometimes explosively showering out rapid fire monologues with a theatrical air, an almost Jim Carrey like plasticity animating his face.

Chaban was an Impresario whose support of the music scene in Buenos Aires was well known. His first major club operation was that of Café Einstein in 1982. His co-founders were Sergio Aisenstein, whose name inspired the club’s name, and Helmut Zeiguer. The club was painted bright pastel colours, and some of the electrical display was made with contributions from Pipo Cipolatti who played in the band Los Twistos. It was a wild place where anything could happen. Once, a performer explained that they intended to bring some objects and destroy them as part of his performance. What he didn’t say, was that the objects were coffins, which he proceeded to smash into pieces with a six foot axe! The club in total could only seat around 80 people. Café Einstein’s candle burned short and fast, shutting up shop in 1984.

After Einstein, Chaban and his co-founders went their separate ways. Sergio Aisenstein moved on to another project, Nave Jungla, a club that took delight in the aesthetic of circuses and freakshows. Many of the staff were dwarves.

Chaban too, followed up with a new club called Cemento in 1985, with his then-wife Katja Alleman. The site was used for theatrical performances as well as rock concerts. Alleman opened the site dressed as a Valkyrie, driven in on a chariot driven by horses, while Chaban sat on the roof.

Cemento was crowded. It was perhaps unwholesome, and it attracted police attention. It was the site of several large conflicts, some involving neo-Nazis. It was dirty, covered in graffiti, and the sound quality was poor. This added to the charm of its grungy rock aesthetic, but ultimately left it vulnerable to competitors with better site and sound.

​República Cromañón was a step into commerciality; bigger and nicer than Cemento, it opened in April 2004. Things seemed to be looking up.
​
In 8 months, the whole of the Buenos Aires scene would be turned upside down.